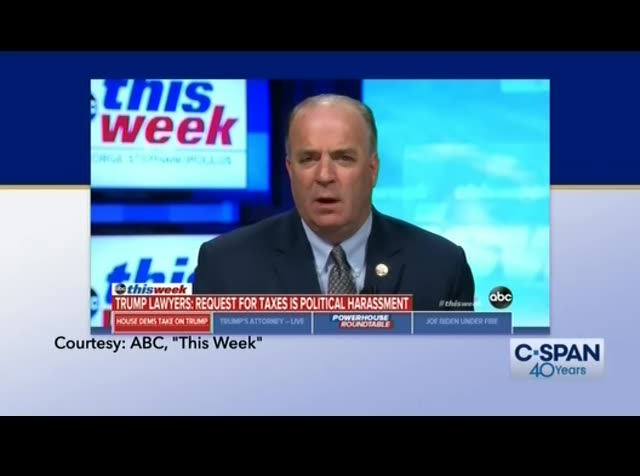 releasing his tax returns. we would not need to go through this exercise if he had done what he promised to do. codeon 6103 of the tax grants to the chairman of the ways and means committee to order the tax return of a taxpayer in order to confirm payment -- inform him of an issue we are deliberating. we are looking to ensure that the irs is properly it is not up to the present, not up to some lawyer that he hires, to determine whether or not this coequal branch of government has the tools available to make the deliberations necessary in order to make policy. this is not an autocracy. the present does not get to decide for himself and congress what a ledge amendment -- legitimate subject of inquiry might be.
1:00 pm

>> if the democrats don't get what they want in the mueller report, they will ask for taxes. it doesn't surprise anybody. they knew they were not going to get these taxes. they know what the law is. they know that one of the principles of the irs is to protect the confidentiality of everyone who files taxes. they know the terms under law which the irs can give --uments, but political >> to be clear, you believe democrat will never see the tax returns. >> never. that is an issue that was litigated during the election. the voters knew that they did not give them, and they elected them -- they elected him. they just want the attention on the issue because they don't want to talk to us about policy. ? he has argued that he is under audit. >> you could always allow people
1:01 pm 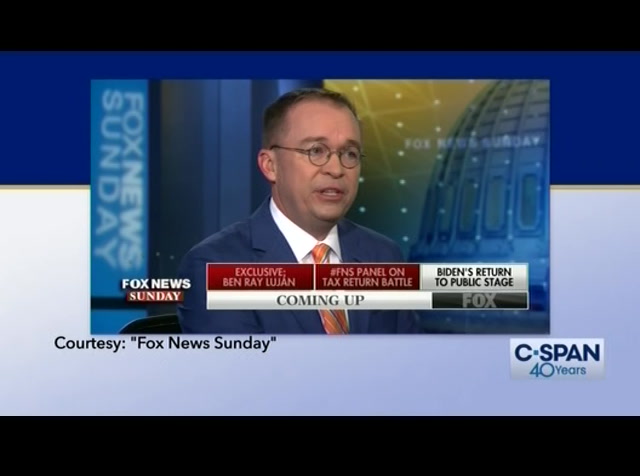 to see them. the democrats are demanding that the irs turn over the documents per that is not going to happen. >> senator michael bennet announced he has been diagnosed with prostate cancer. the democratic senator has been preparing to announce his candidacy for president. wastate of the union he asked how the diagnosis would affect his plans. >> i am feeling great. thank you for having me on your show. i guess that is one point i would like to make. symptoms.ve any i feel good. i would not know if i had cancer if i had not had the screening. pleasece to everybody is get screen. >> you said if you're healthy enough, you will run for president. what are you hoping -- when you are you hoping to be able to announce? >> as soon as i can i
left
right
Borrow Program
tv