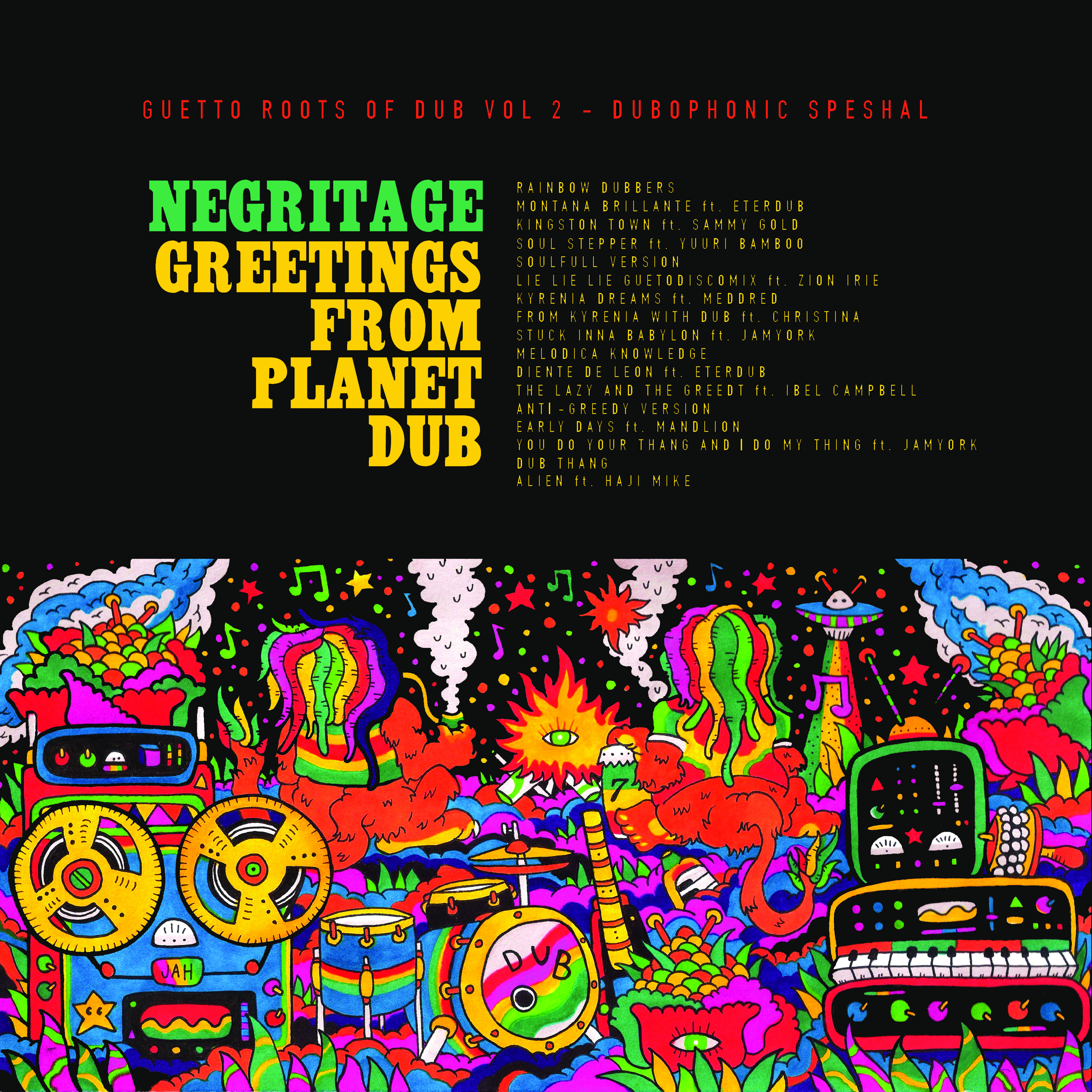 Four years ago, back in 2013, the Argentinian dubbers Negritage made their first appearance on the label with “Guetto Roots of Dub Vol. 1”, an album recorded in “Cuca Roots” and in “El Fuerte Dub Foundation” studios, exploring the Jamaican roots and culture dub tradition. Their analogue style and their authentic sound was greatly appreciated by the listeners and the album remains until today the most downloaded release ever made by Dubophonic, with more than 25.000 downloads and still rising.

Fast forward today and the long awaited Vol. 2 is finally out. “Greetings from Planet Dub” stays true to the same roots and culture background with 6 vocal tracks and 11 dubs. Nevertheless new elements are incorporated in their style, in which eastern melodies blend into the Jamaican vibes and the melodica meets the mandolin and the lyre like in a musical playground, were the singers and players of instruments playfully communicate through their music.

Big up all the artists from all four corners of the world, who collaborated with
Negritage and made this release possible: the original roots defender dub activist Jam York, the mighty Sammy Gold, the wise Ibel Campbell delivering solid and conscious messages, the dub poet and free thinker Haji Mike, the studio wizard and dub creator Med Dred, sister Yuuri Bamboo blazing those melodica vibes, Christina Polycarpou doing her magic on the lyre, the humble Mandlion, flute master Eter Dub and the lyrical messenger Zion Irie.

All tracks mixed by Negritage in Argentina and mastered by Med Dred in Cyprus. Cover artwork by Negritage. Distributed by Dubophonic for free download.