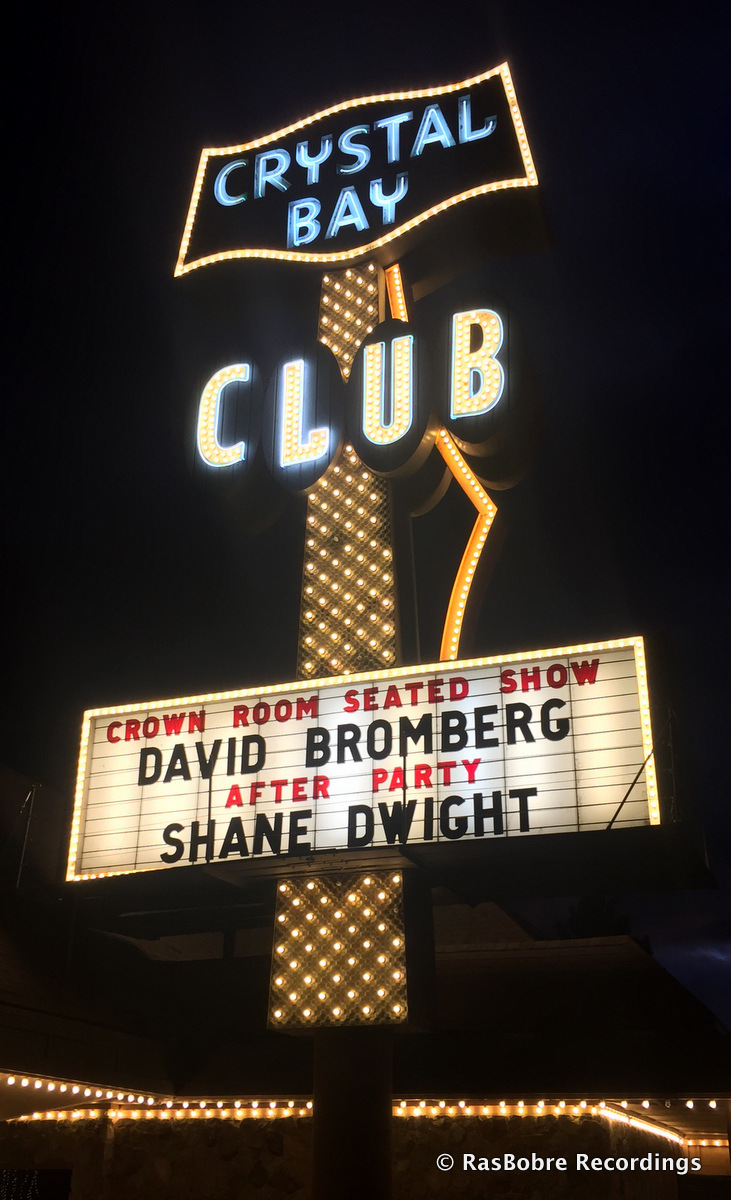 **24bit, not intended for CD Burning**
* A Devildogs Production Show *

For Americana godfather David Bromberg, it all began with the blues.

Add in a period of self-imposed exile from his passion (1980-2002), during which he became a renowned violin expert, and Wilmington, Delaware’s cultural ambassador; top that off with a triumphant return to music-making, and you have an amazing tale leading back to one place: the blues.

Now, with The Blues, the Whole Blues, and Nothing But the Blues, his first release for Red House Records, Bromberg and multi-Grammy-winning producer/accompanist Larry Campbell (Dylan, Levon Helm, Paul Simon) focus on the music David discovered in high school, when, circa late 50s, he was introduced to a friend’s dad’s collection of blues 78s. He’d only just taken up guitar as a means to pass the time while in bed with the measles.

“I loved those 78s so much,” says David, “I taped them on a portable reel-to-reel, so I could listen at home and learn.”

That love is evident in The Blues, the Whole Blues and Nothing But the Blues. The album is both blues primer and an opportunity to witness a master embracing this distinctly American music with passion and grace.

“There’s a lot of different types of blues on there,” Bromberg notes. “We decided to start it off with a dyed-in-the-wool blues [Robert Johnson’s “Walkin’ Blues”], but there’s also country blues [“Kentucky Blues”], and gospel-influenced blues [“Yield Not”].”

Bromberg, a onetime sideman himself, is quick to give props to his long-running road-and-studio cohorts: Butch Amiot (bass), Josh Kanusky (drums), Mark Cosgrove (guitar), Nate Grower (fiddle), and Peter Ecklund (cornet). Of producer, arranger, multi-instrumentalist, fellow Reverend Gary Davis acolyte, and old friend Larry Campbell, he says, “To use a baseball analogy, Larry is like a star at any position in the infield, because he can play them all.”

Since meeting in the early 80’s, Campbell and Bromberg had crossed paths many times. They finally worked together in Levon Helm’s studio for David’s 2013 return-to-form Only Slightly Mad. “He wanted to do a Chicago blues album then,” Larry says. “But we decided to remind folks of what he does better than anyone: the whole gamut of Americana, the full Brombergian. And we got some new fans. For this one, we went back to the blues, and made use of David’s great vocabulary in all veins of the genre.”

Bromberg’s guitar work remains a marvel; amped electric lead – both slide and fretted – and delicately powerful acoustic fingerpicking propel these songs with the same force that made him the go-to guy for acts ranging from the Eagles to Link Wray to Phoebe Snow. This is a man who can go full-on Chicago gutbucket with “You Don’t Have to Go” (a Bromberg original), then slay with the jazz inflections of Ray Charles’ “A Fool for You,” rendered here intimately solo. Although Bromberg points out he’s not the same guitarist he was before his two decades away from performing and recording. “I play differently,” he says. “I can’t play as fast, but playing slower gives me more time to think about what I’m doing.”

“He’s always able to plug into the emotion of a song,” Campbell says. “He’s incredibly inventive as a player. Sometimes restrictions can be good.”

Listeners can actually hear what the years have given Bromberg in the spartan, acoustic “Delia.” Bromberg originally covered this traditional nugget on his 1972 self-titled debut – a live, solo rendition with a spoken-word break. The new version features Campbell and Bromberg in the studio, revisiting Bromberg’s live arrangement from their occasional duo tours. It is mesmerizing, with gravitas only experience can bring. “Larry and I have played ‘Delia’ a lot,” Bromberg says. “I love what he does on it.”

“When I first started,” Bromberg says, “singing was something I did between guitar solos. But during the period I did so little performing, I took some voice lessons, and now, I know more what I’m doing. I love singing now. Love it.”

Larry Campbell was impressed at the newfound vocal chops, too. “He is a better vocalist than ever,” he says. “He’s strong, and present. None of the songs took more than three takes. And he was able to take the old folk song ‘900 Miles’ [a “railroad song” made famous by Odetta and Woody Guthrie], and turn it into an electric blues that’s a real high point of the album for me.”

Although he remains the proprietor of the beloved David Bromberg Fine Violins in Wilmington, Delaware – “I love my shop,” he says – Bromberg makes time to tour with his quintet, and he’s already included every song in his live repertoire (save “Yield Not,” which requires a choir), from The Blues, the Whole Blues and Nothing But the Blues. As ever, he brings his characteristic devotional intensity to the music, invigorating his surprise third act with the same passion he felt as a teen, spinning those blues 78s, just before the road called.

Please support musicians that are open to having their live shows recorded and shared by attending their performances and purchasing officially released recordings and other merchandise.

Uploaded by RasBobre Recordings on October 20, 2018