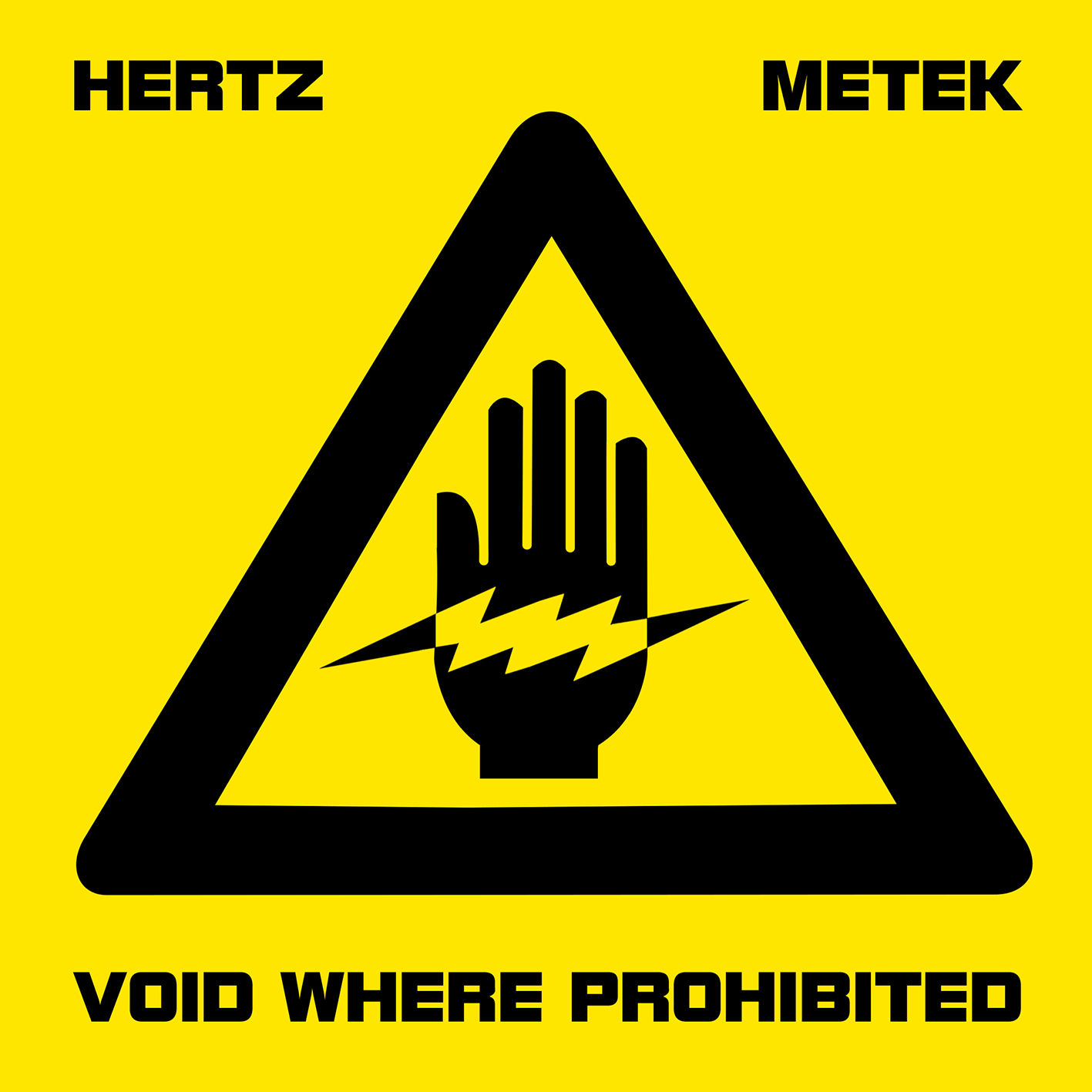 Here, Les Enfants Terribles enter the studio as an act of defiance. Dismantling the known, common, and staid ideas around experimental soundcapes.
The result is a hybrid of alien notions, irregular time, and invasive sonorities that abandon the real world for a vision of the other.
HERTZ - Electronics, Sounds, Production.
METEK - Electronics, Sounds, Production.
About METEK :
Fredrik Nilsson aka METEK. Born in Malmö, Sweden 1973.
My childhood was a mess. I begun to make experimental recordings with a broken taperecoder 1983 at the age of 10. When I was 15, I was very into industrial music like SPK, severed heads and Throbbing Gristle. I had a band called GAS with D Knoll and we were playing live, started a cassette label and made a split with Die Chroniek. I got itired of the industrial scene for a while because of all the fashists around 1991. Then I was a dj for some years, playing techno. In 2001 I started to make some new experimental industrial recordings, released some home made albums on my label "spelo felo" ( playing wrong ) . Soon after that I made a split with a pretty well know artist called Mlehst. I contacted some artist like de fabriek and telepherique and started to make collaborations with them. Those collabs are still in progress. At this time I was trying to make contact with other experimental music were I live , that was almost impossible and I found out that most artist are more into fame than art . Many artist are very into a unique, personal expression and I love some of them for doing that because that - and nothing else - is what art is all about.
Today I most often have a lot of collaborations going on with all sorts of artists. Some of them are Wehwalt, Zreen Toyz, Torturing Nurse, Vulgar Disease, Jack Hertz, Juan Antonio Nieto, (dell-tree), Pandu Hidayat, Carlos Suárez and Jan-M. Iversen.
METEK on Facebook
About HERTZ :
Jack Hertz has been playing, composing and recording for more than 30 years. His first experience with sound began with analog reel machines, microphones, percussion and a Casio VL-Tone. His first true synthesizer was the Alpha Syntauri digital synthesizer that was was hosted by an Apple IIe PC. The steep learning curve exposed him to a universe of concepts nearly a decade before others.
Jack is a seasoned improvisor who finds all aspects of creating sound fascinating. From the early percussion instruments to the present day hardware and software innovations. Generally, Jack is searching for a sonic middle ground between the real and the artificial. Utilizing computers, synthesizers, found objects, field recordings and digital effects. He designs his own sounds with unique characteristics that create spaces and atmospheres a listener can explore.
Jack Hertz
Murmure Intemporel - Archives I
Murmure Intemporel - Archives II
_______________________________________________________________________________

Uploaded by Murmure Intemporel on March 29, 2015