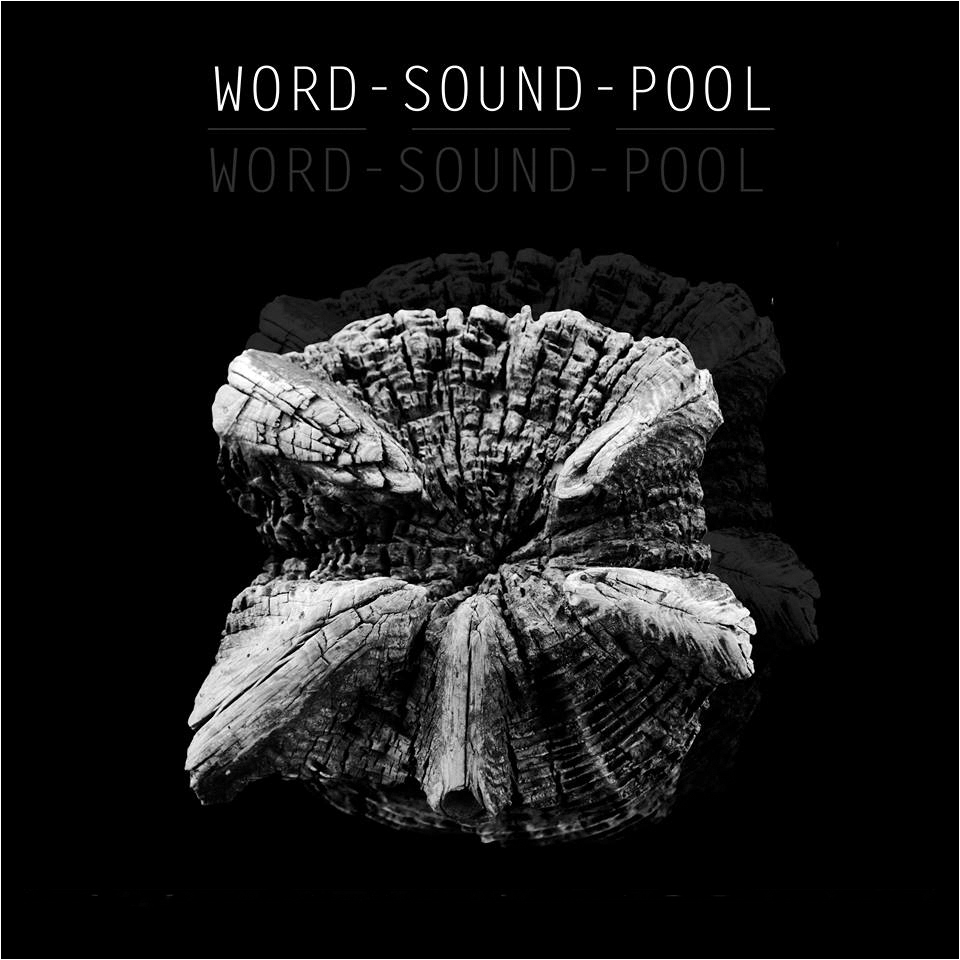 Word-Sound-Pool is an innovative project gathering together musicians and poetry reciters from Belarus, Poland, the UK and US which aims to explore the inherent musicality of language by blurring the boundaries between music and the spoken word.
During our performances, poetry recited in various languages is blended with music that is composed, partially controlled or freely improvised.
Our eponymous album was recorded following a series of concerts given in Warsaw by a core group of performers, seven of whom were joined in the studio by two extra musicians – American cellist John Cornell and Belarusian bassoonist and composer Vitaly Appow, both members of the Warsaw Improvisers Orchestra (WIO).

The first material for the group was created by British saxophonist Philip Palmer. His musical deconstruction of Your Leaves, a Russian-language poem by Belarusian children’s writer, Liliya Khudzik is the first track on the album. Each letter of the Russian alphabet has been assigned a musical note, making it possible to notate the poem in such a way that it can be ‘played’. After a brief call-and-response duet with the poem’s author, Philip Palmer is joined by British saxophonist Ray Dickaty and Polish percussionists Dominik ‘Dodos’ Mokrzewski and Teo Olter, all of whom have performed together in the improvised music project Galloping Lethargy and the WIO, which Ray founded and directs. The improvisations that follow are based on motifs generated by Philip’s translation of Your Leaves into music.

The second track is an interpretation of Arthur Rimbaud’s Le Bateau ivre (The Drunken Boat) by Polish musician and writer Gosia Zagajewska, who also performs with the WIO. The accompanying music is partially guided by a simple description of the emotions experienced by the poem’s narrator, in this case a boat sinking to the depths of the ocean, and partially by Gosia Zagajewska’s singing voice, which swells over the musical backdrop between recited passages. The saxophone-drum quartet is augmented by the addition of cello, bassoon and the clarinet of Belarusian musician and poet Viktar Siamaška, whom Philip Palmer met while collaborating with musical explorers in Minsk.

The third track, which features all the musicians and reciters, is built around a medley of Belarusian poetry (Circle – Point) written by Viktar Siamaška which is partially inspired by the Suprematism art movement. He provided the musicians with graphic scores and instructions, but also directed with hand gestures during the performance. At one point all the instrumentalists become vocalists, a whispering crowd looking on as the corpse of Jesus Christ is solemnly carried through a village in the Slavonic tradition.

The cover, which was designed by Liliya Khudzik, is based on her photograph of a partially submerged log that used to form part of a bridge over the River Vistula.
The image symbolises the album’s three texts: Liliya’s tree, Gosia’s boat and Viktar’s circle – point.

Uploaded by Murmure Intemporel on March 20, 2018