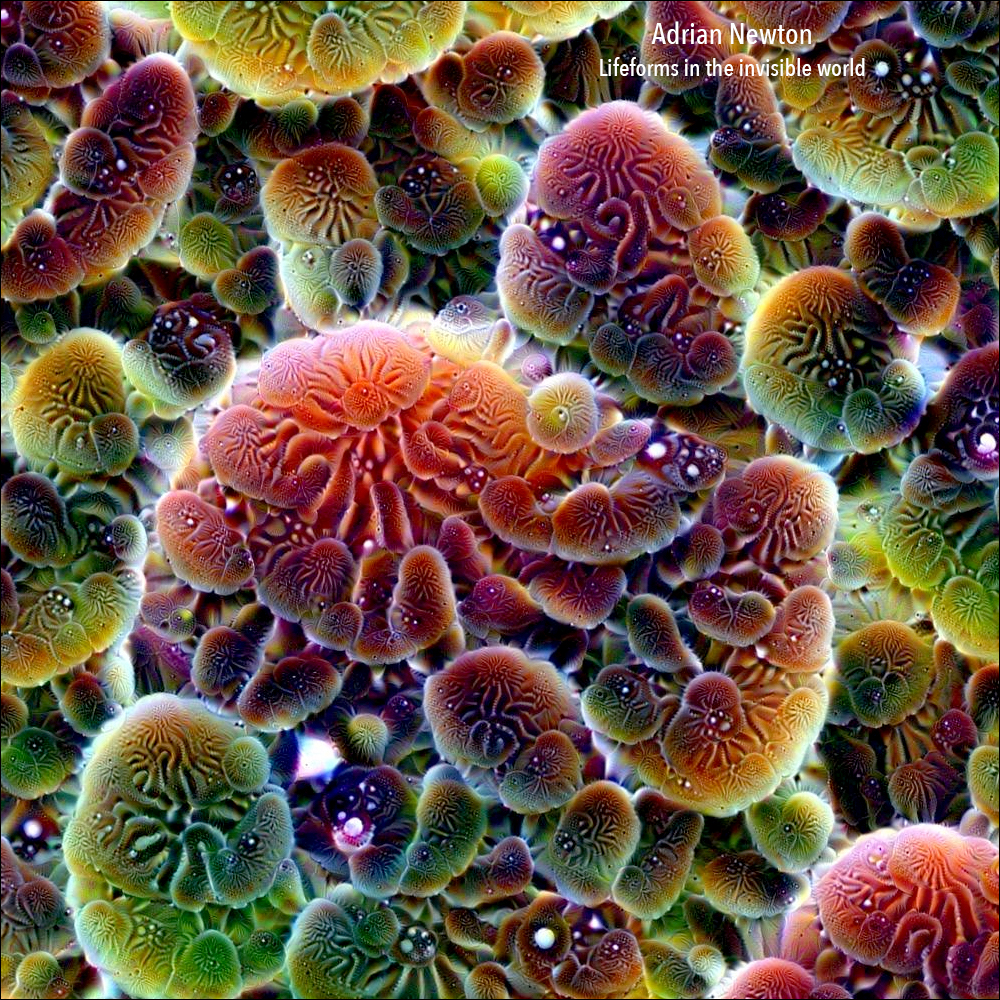 - Ollivier Dyens, Metal and Flesh, MIT Press -
Is it really true that technology is the environment in which we live? Does it really produce order, rather than chaos?
These questions seem particularly pertinent, given that we live an era of rapid technological advancement.
Many technologists believe that artificial intelligence is reaching towards a stage where it might be considered as another kind of life.
But what kind of life might this be?
What might these invisible lifeforms sound like?

The starting point for these pieces was David Tudor’s famous electronic work Rainforest, but instead of evoking a forest ecosystem, this idea was to create an imaginary complex ecosystem of invisible lifeforms.
Each of the pieces was partly composed by technology, using generative modular synth patches, chaos generators and "artificial life" computer programs.
All of the sounds were produced by analogue synthesisers, either using hardware or their software emulations.
Can we tell the difference between biological and nonbiological, analogue and digital, living and non-living?
Or are there no longer any boundaries between them?

Uploaded by Murmure Intemporel on July 22, 2020