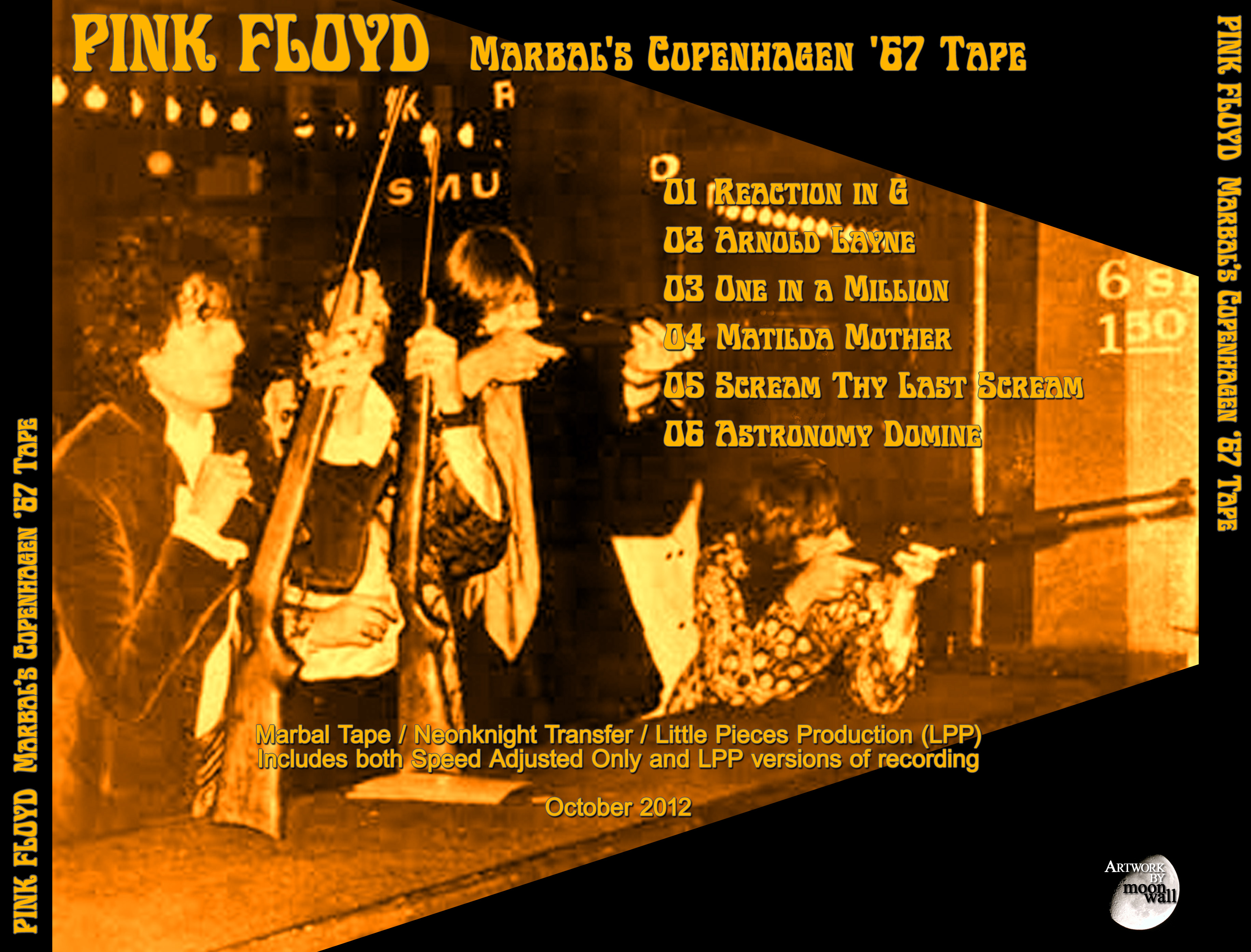 The oldest complete Pink Floyd recording (that hasn't later been officially released), the last of three nights at the Star Club in their student days. All songs performed (except 'Astronomy Domine') are quite rare, with 'One in a Million''s only performance being at this show. It's not a great tape, but it's understandable considering the age, and two different versions are included here - one that's only been pitch corrected, and another that's an attempted remaster.
Setlist:
1, 3, and 5 unreleased; 2 from the 'Arnold Layne' single; 4 and 6 from The Piper at the Gates of Dawn.