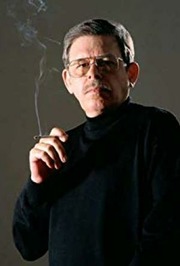 Art Bell and Coast to Coast AM Shows

Arthur William Bell III (June 17, 1945 – April 13, 2018) was an American broadcaster and author. He was the founder and the original host of the paranormal-themed radio program Coast to Coast AM, which is syndicated on hundreds of radio stations in the United States and Canada. He also created and hosted its companion show Dreamland. Coast to Coast still airs nightly.

I thought you Art Bell fans would like some vintage radio programs from the archive. I will upload and ad more as time and opportunity permit. More Programs uploaded July 24 2021 - even some programs going back to 1993
favoritefavoritefavoritefavoritefavorite ( 3 reviews )
Topics: Art Bell, Radio, Coast to Coast, AM, AM Radio, NASA, Demons, Exorcism, Ghosts, Monsters, UFO,...

Episodes of Art Bell Somewhere In Time that aren't in the ultimate collection. Also check out my archive of rare Art Bell Area 2000 episodes from 93-94.
Topic: Art Bell

Here is a collection of Art Bell's early 1990s show Dreamland. Unlike Art's main show Coast to Coast AM, which slowly shifted to focus more on Paranormal topics, Dreamland form its inception was about paranormal topics such as ghosts, UFOs, Ancient Civilizations, Past Lives ect.  This is part 1 containing most shows available from 1994 to early 1995. Dreamland ended around 1999 when Art gave the show to Whitley Strieber.
Topics: Art Bell, Dreamland, Paranormal, Coast to Coast AM, Ghosts, Aliens, UFOs

This is a collection of the best Coast to Coast AM with Art Bell Open lines shows. These were shows where most of the show was call ins with an occasional quick guest here and there but mostly callers.  Such classic shows are on here as the Bugg's Bigfoot Encounter, the Area 51 employees call in, Art's Witch Hunt and the historically important Post 9/11 call in shows.  These are Art Bell at his best dealing with callers and a variety of important topics mixed with fun shows about the weird...
Topics: Art Bell, Coast to Coast AM, Open Lines, Aliens, UFOs, Monsters, Bigfoot, Witchcraft, 9/11

Long lost episodes of Art Bell's "Area 2000" radio program from 1993, now found! This was the precursor to Dreamland which broadcast on Sunday nights in the 90s. Area 2000 was a non-commercial broadcast funded by the Bigelow Foundation, broadcast from KDWN 720 AM Las Vegas Nevada on Sundays 8 to 10 PM Pacific Time. These were apparently recorded off the radio from Yuma AZ, so the signal fades from time to time. (Much thanks to Youtube user Sable Lidara!)
favoritefavoritefavoritefavoritefavorite ( 2 reviews )
Topics: Art Bell, Area 2000, Dreamland, radio, UFO, paranormal

Dreamland show with a long segment in the start about the 1995 Alien Autopsy film followed by Greg Long who spoke about the Mysterious Earth lights and UFOs.
Topics: Art Bell, Earth Light, UFO, Aliens

Ghost to Ghost am Halloween Shows 1 of 3
Topics: Art Bell, Coast, am, radio

One of Art Bell's classic Coast to Coast shows featuring the first sighting of the famous UFO Phoenix Lights. The first part is UFO Reporting center Peter Davenport reporting on the lights. The second part of the show is Sean David Morton speaking about UFOs, Aliens and connections to Egypt and other galaxies.  I have edited this show to take out an annoying ambient buzzing sound on the entire original track.
Topics: Art Bell, UFO, Coast to Coast AM, Peter Davenport, Egypt

Art Bell and Coast to Coast AM Shows
Why Was Former CIA Director William Colby Assassinated?
by Steven Greer and John DeCamp
audio

Steven Greer (from disclosureproject.org) reveals to Art Bell the circumstances surrounding William Colby's death. This interview is from August 8th 2004. The following is a transcript of the part of the interview that is available here as a streaming mp3 file: Now, I want to talk about an assassination tonight that people may not want to hear, but it's very similar to what was portrayed in "The Manchurian Candidate" when this Senator is killed while he's out kayaking on the...
favoritefavoritefavoritefavoritefavorite ( 1 reviews )
Topics: assassination, CIA, William Colby, Disclosure Project, Franklin Coverup

Art Bell's "Area 2000" radio program from 1993 to 1994. The show eventually became Dreamland, Art's classic show which explored the paranormal before Coast to Coast AM became a Paranormal oriented radio program.  All thanks goes to Invisible_Actor who originally posted them. I renamed and edited some of the shows to try and improve the audio quality.
Topics: Art Bell, Area 2000, Coast to Coast AM, Paranormal, UFO, Cydonia, Mars

1. Life Regression and Progression Do you believe in Reincarnation? Brought to you by Brad Johnson, the listener is guided through hypnosis into their past lives and then guided into their future lives, and possible positive futures for themselves. We have choices, so it is the ideal future. This isn't for everyone, and is for the openminded, and it is best if the person is higher developed spiritually and possibly has little fear about such ideas. I hope you enjoy and find peace with the...
Topics: the, divine, eye, hypnosis, brad, future, life. repression, past, life, progression, coast, to,...

Art Bell and Coast to Coast AM Shows
dreamland_10_17_09
by UnknownCountry.com
audio

Whitley Strieber's Dreamland 10/17/09 Dreamland: A Scientist's CE3 One of the world's leading members of the scientific community tells of his close encounters and the involvement of the visitors in his work. Due to the profound confusion that exists in the culture of science about the close encounter phenomenon, he must speak anonymously. He is an American, but works in Europe. PLUS, Linda Howe is back with a report on a NEW flu virus just now appearing. Whitley Strieber says, "this is...
Topics: UFO, alien, disclosure, Whitley Strieber, Dreamland, Coast to Coast AM, Art Bell, close encounters

One of the first Art Bell Dreamland programs where he talks with Budd Hopkins about Alien abductions and UFOs. Linda Howe in the beginning reports on Sumerian like Aliens meeting on a government air base.
Topics: Art Bell, Aliens, Alien abductions, Budd Hopkins

Art Bell interviews John Zajack on Dreamland program. They first talk about comets and probability of us being able to stop an incoming comet. Next they discuss the Great Pyramid and John's theory that the ancient structure has mysterious origins and could not be built by modern man, as well as its role as machine that tells prophecies
Topic: Art Bell Dreamland Pyramid Ancient

Malachi Brendan Martin (Irish: Maolsheachlainn Breandán Ó Máirtín; July 23, 1921 – July 27, 1999), occasionally writing under the pseudonym Michael Serafian, was an Irish Catholic priest and writer on the Catholic Church. Originally ordained as a Jesuit priest, he became Professor of Palaeography at the Vatican's Pontifical Biblical Institute. From 1958, he served as secretary to Cardinal Augustin Bea during preparations for the Second Vatican...
Topics: Exorcism, catholic, christian

This is a 19 minute segment of the January 20th 2016 edition of Coast to Coast AM which featured a Monarch/MK Ultra victim.  Half way through his interview he was mysteriously taken off the air.  Coast to Coast AM was unable to reach his cell phone, landline or Skype for up to 30 minutes. http://www.lulu.com/spotlight/matthewpauly Matthew Pauly - The Murder of Time: Making and Unmasking a Sleeper A non-consensual, Canadian civilian test subject reveals clandestine mind control R & D for...
Topics: Monarch, montauk, MK Ultra, mind control, George Noory, Coast to Coast AM, Art Bell

Art Bell Dreamland program interviewing Dave Talbot about his work with immanuel velikovsky's work on relating ancient mythology to possible planetary catastrophes. Dave and Velikovsky both believe that the solar system was unstable in recent times and that this accounts for the origins of several ancient myths. A fun show, out of all the crazy theories this might be one of the craziest ever on Art Bell.
favoritefavoritefavoritefavorite ( 1 reviews )
Topic: Art Bell Velikovsky worlds in collision ancient mythology

An Old Art Bell Show from Area 2000, the show Art did before Dreamland, which dealt with paranormal topic's. Thanks to Invisible_Actor who uploaded the Area 2000 archive. I edited the sound a little and took out the background noise.  The audio is a little funky, it becames lower at times due to the eliminating of the background noise, but is overall very listenable.
Topics: Art Bell, Stanley McDaniels, Coast to Coast AM, paranormal, Ancient civilization

One of my all time favorite Coast to Coast AM shows with Art Bell and Whitley Strieber. This was a fantastic show as they discuss UFOs, Alien abductions, Alien implants and a group of residents from Glenrock WY about strange experiences they've had with UFOs and other unexplained events. The show starts with UFO reporting center Peter Davenport talking about recent UFO sightings. Later Whitley Strieber talks about his experiences with the alien 'visitors'.  I went through the show and lovingly...
Topics: Art Bell, Coast to Coast AM, Aliens, Alien Abductions, UFOs, Haunted, Peter Davenport, Alien...

Art Bell and Coast to Coast AM Shows
1994 06 07 Coast To Coast AM With Art Bell Richard C. Hoagland Mars
by Art Bell
audio

art Bell welcomes Professor Kaku will be talking about Exoplanets and Kepler, Higgs boson and âDark Matterâ energy. Michio Kaku is an American theoretical physicist, the Henry Semat Professor of Theoretical Physics at the City College of New York, a futurist, and a communicator and science evangelist. He has written several books about physics and related topics; he has made frequent appearances on radio, television, and film; and he writes extensive online blogs and articles. Source:...
Topics: art, bell, dark, matter, coast, am, michio, kaku, physics, astronomy, theoretical, conspiracy,...

Richard C. Hoagland will be talking with Art about the new âLADEEâ unmanned mission to the Moon, and how it can (finally!) PROVE the existence of the âancient lunar glass domesâ he has been investigating on NASA imagery for the past several decadesâ¦ If NASA honestly publishes ALL the LADDEE data. Hoagland will also discuss the startling, recent confirmations of âan ancient, high-tech civilization on Marsâ â confirmed in new close-up surface images from NASAâs on-going Curiosity rover...
Topics: art, bell, dark, matter, coast, am, michio, kaku, physics, astronaut, ladee, mission, astronomy,...

Engineer, scientist, and author Maurice Cotterell shared his theories gleaned from the codes of ancient civilizations and also touched on his recent work on gravity. The universe, he said, is here to facilitate God's growth. For humans, that means raising their "voltage" level, so when they die, they enhance God's energy-- however if their voltage is diminished, they must reincarnate in a new life form, Cotterell outlined. He stated that such knowledge was encoded in the treasures of...
Topics: coast, am, art, bell, george, noory, maurice, cotterell, gravity, science, religion, reincarnation,...

1995 03 19 Coast To Coast AM With Art Bell The Dark Side Of Religion Jordan Maxwell
Topics: ART BELL, COAST TO COAST, COAST TO COAST AM, RADIO, LATE NIGHT

PLEASE VISIT < < < < < >>>>> FOR MORE AUDIO, VIDEO, AND MORE!!!!!!!!!!!!! source: coasttocoastam.com FAIR USE NOTICE: This page may contain copyrighted material the use of which has not been specifically authorized by the copyright owner. This website distributes this material without profit to those who have expressed a prior interest in receiving the included information for research and educational purposes. We believe this constitutes a fair use of any such...
Topics: coast, am, dreamland, art, bell, 1997, air, force, press, conference, bible, secret, code,...

DESCRIPTION
Arthur William Bell III (June 17, 1945 – April 13, 2018) was an American broadcaster and author. He was the founder and the original host of the paranormal-themed radio program Coast to Coast AM, which is syndicated on hundreds of radio stations in the United States and Canada. He also created and hosted its companion show Dreamland. Coast to Coast still airs nightly.
ACTIVITY

Title
Art Bell and Coast to Coast AM Shows