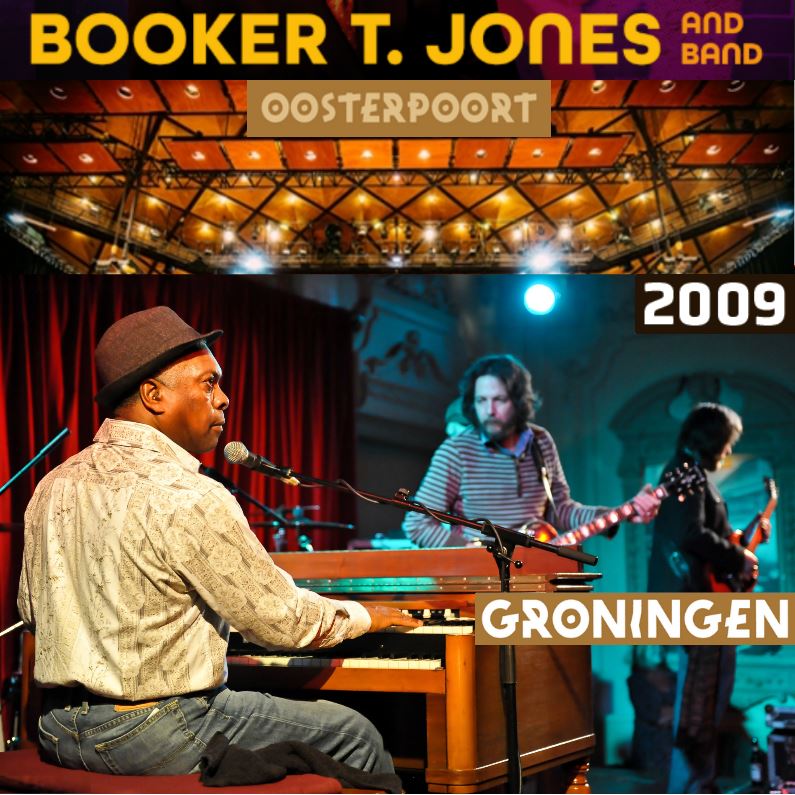 Live radio concert by Booker T Jones and his tour band at Rhythm & Blues Night on 5/02/2009 at Oosterpoort, Groningen, Holland. This set was broadcast on Arrow Jazz FM in Holland, which is now SubLime FM.
Booker T played old favorites Green Onions, Time is Tight, Hip Hugger and Melting Pot, along with songs from his latest album, Potato Hole, which was released a month before this show. Read about it here: https://www.bbc.co.uk/music/reviews/rzcz/

Uploaded by Paris-Portland on November 15, 2020