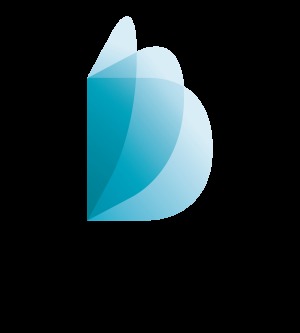 A row of horse swings at the North Lakes Park in Denton, Texas. According to a former employee, they were removed some time in 1981-1982.
Topics: Denton Texas, North Lakes Park, parks, recreation, playground equipment, swings

Map of significant historical architecture from 1880 to 1930 that still remains in the city. Produced by the City of Denton Bicentennial Committee.
Topics: Historic preservation, Denton, Tex

A man works on setting up a sign inside Shrader's Pharmacy in preparation for filming a made-for TV movie, "Little Girl Lost." The store was located on the east side of the Denton square. The soda fountain was also part of the set design, along with the old-fashioned cash register and cigars.
Topics: Square, local history, movie sets, movies, filmmaking, Denton, Little Girl Lost, Shrader's...

Five members of the Denton Daughters of the American Revolution participated in the State Civil Defense Advisory Council conference in Fort Worth, Texas on June 24th & 25th of 1959. The conference took place at the Texas Hotel. The recording begins after introductions were made so it is difficult to know the name of the speaker, although an article in the 28 June 1959 issue of the Denton Record-Chronicle lists some of the speakers and their topics. Subjects covered in this speech included:...
Topics: civil defense, Daughters of the American Revolution, DAR, Leo Hoegh, governors, National Director...

Alec Williams interviewed Stormy Jackson for the Emily Fowler Library on June 21, 1975, at her home at 1811 Greenwood Street in Denton, Texas. Stormy was married to Brent Jackson who was a county judge in the 1920s. Some things they discussed were the 1920s, the Martin-Storey gang, Judge Jackson's involvement in the development of Lake Dallas, prohibition, and his work ethics.
Topics: Stormy Jackson, Brent Jackson, Denton, county judges, bank robbers, Lake Dallas, history, Denton...

Various photos of the same woman over a five-year time period taken in Denton, Texas. She was a friend of the photographer, Alec Williams.  Born in France during World War II, her family escaped the Nazis and fled to the United States. Her father, a soldier in the French intelligence, committed suicide before he could be taken by the Germans.  She has lived in Texas for most of her life.
Topics: Denton, Texas, Alec Williams, women, Jews, holocaust, photographers

This scrapbook was created by Grace Minter when she was enrolled at the C.I.A. - the College of Industrial Arts - in Denton, Texas. Photographs of her and her friends on the campus grounds, as well as at the boarding house she lived in; also: photographs of soldiers; a car trip to Sulphur Springs; the 1917-18 Denton High School Glee Club; as well as various ephemera such as invitations; marriage announcements; recitals; letters; calling cards; newspaper clippings; and war memorabilia.
Topics: Grace Minter, Denton Texas, C.I.A., College of Industrial Arts, campus, colleges, college life,...

Female musician plays a mandolin and then a guitar at The Library in Denton, Texas.The Library was a nightclub on Hickory Street during the nineteen-eighties.
Topics: musicians, guitar players, business, Denton, women, mandolin, Texas, 1980s, local history

You can get anything you want down at Jim's Diner on Fry Street. Bill Wendt was the owner of Jim's Diner which was located at 110 Fry Street in Denton, Texas. An affordable eatery, which opened early in the morning to late in the evening. They sold everything from veggie burgers to smoothies and plate-sized pancakes. For entertainment, the diner had poetry reading nights as well as a rendition of Alice's Restaurant.
Topics: Jim's Diner, Denton Texas, Fry Street, college towns, UNT, local history, small business, business...

Children aged two to four years old enter the Emily Fowler Library with their parents sometime in the summer of 1987 for a puppet show. They are greeted near the front entrance by the children's librarian, 'Miss Martha' and two staff members dressed in costume: Jim McNeely, dressed as a dog and one unknown person dressed as a pig. Miss Martha leads them along the hall towards the children's program room where she reads them a Babar book. The camera fades to black and then focuses in on the...
Topics: Emily Fowler Library, Denton Public Library, Denton Texas, local history, children's programming,...

KDNT Radio in Denton, Texas was owned and operated by Harwell Shepard. This recording was made during one of their "Denton Story" programs. The first part of the recording is of Dr. Hubbard of TWU (then called Texas State Women's College) who discussed who built the Little Chapel-in-the-Woods, as well as the artisans, and the artwork found in the Chapel. He goes into great detail on the meaning behind each of the stained glass windows in the building and the purpose for the building.
Topics: Texas Woman's University, Little Chapel in the Woods, Dr. Wylie Hubbard, artisans, students,...

This oral history and its transcript were funded in part by a grant from The Southwestern Library Association and The National Endowment for the Humanities. Jane Stabile interviewed Mr. Joe M. Brooks for the Denton Public Library on December 17, 1980, at his office located at 524 N. Locust Street in Denton, Texas. The topic was World War II: On the Home Front in Denton, Texas. Mr. Brooks was a businessman during World War II. Joe was born west of Denton on February 22, 1917. He moved into...
Topics: Joe M. Brooks, Jane Stabile, oral histories, interviews, World War II, Denton Texas, businesses...

Reference Librarian, Mary Cresson, for the Emily Fowler Library, discusses the success of the Denton Public Library during an interview by Mike Anderson for Sammons Headline News. The interview took place during National Library Week in 1993 or 1994. Mary Cresson mentions the library's humble beginnings as a two-room building which has since had two other expansions and (at that time) a daily count of 1500-1600 customers per day.
Topics: public libraries, Emily Fowler Library, Mary Cresson, Mike Anderson, National Library Week,...

Oral history interview conducted by Jane Stabile for the Denton Public Library on December 1, 1980. The topic was "World War II" and Comette was a housewife in Denton, Texas, at the time. Comette Josephine Ramsey was born 20 May 1910 in Baird, Texas. She came to Denton in 1926 to go to school at the CIA (now called TWU) and met her husband, Elbert Woodrum in Denton. She discusses her work with the Red Cross during World War II; canning foods; war rationing; war bonds; emotional...
favoritefavoritefavoritefavoritefavorite ( 1 reviews )
Topics: Comette Woodrum, Denton Texas, local history, oral histories, Jane Stabile, World War II,...

Alec Williams interviewed Houston and Lois Eggleston in their home on July 17, 1975. The interview begins with Houston, but Lois was not introduced until later in the interview so there are some points of confusion as her voice can be heard in the background (until the introduction), as well as time periods where all three are talking and it is difficult to understand what is being said. Albert Houston Eggleston was born in 1902 in Mustang, Texas. His family moved to Indian Territory when he...
Topics: Albert Houston Eggleston, Flora Heloise 'Lois' Eggleston, Alec Williams, coal mining, Indian...

Performers Hobo Bob-O and Monty Stewart sing and act perform for what looks like children ages 5-9 in the Junior-Teen area of the Emily Fowler Library. This film was made pre-1985 and filmed by an unknown library staff person. Various skits are performed by both performers, Hobo Bob-O being a clown and Monty Stewart, talking, playing the guitar, and singing. Several children are pulled from the audience during various times of the performance and asked their names. At that time period, Monty...
Topics: Libraries, performers, clowns, musicians, Emily Fowler Library, Denton Public Library, Monty...

Marjorie Lynn Brooks was interviewed by Elinor Caldwell for the Denton Public Library on December 17, 1980. Mrs. Brooks was born in Krum, Texas, in 1918. Her father, Will Collier, owned a drug store there, but they moved to Denton so that she would be able to attend the Demonstration School. She was a teacher in Denton High School from 1938-1939. These are her memories of that time period - being a young teacher, student life, of Pearl Harbor, the war effort, rationing,
Topics: World War II, oral histories, Denton, Pearl Harbor, teachers, women, Ernie Pyle, Sheppard Field,...

This old Victorian house at 1316 W. Oak Street was located next to the Corkscrew in Denton, Texas. Built in 1914 for B. E. & Susie Caskey who also boarded students in their home. In 1946, they sold the home to their daughter, Willie Smith, where she and her son W. Russell Smith lived until around 1963. The home was later divided into apartments.
Topics: boarding homes, Willie Smith, W. Russell Smith, B. E. Caskey, old homes, demolition, wood, Oak...

Two professional mimes, Art and Carol Davis, perform a skit for a group of elementary school-aged children and their families in the junior teen department of the Emily Fowler Library in Denton, Texas. The event took place sometime in the early 1980s. The two mimes are introduced by children's librarian, Martha Edmundson, they tell a story, perform a skit to a song called, 'Time Passes Slow' and then juggle scarves.
Topics: library services, Art Davis, Carol Davis, Emily Fowler Library, public libraries, children's...

Puppets sing a song in the puppet theater of the Emily Fowler Library. Miss Mickey calls for children to come up and sing the Skidamarink song (also known as Skinnamarink) and five to seven children aged 3 to 5 come up and sing along with her. One of the puppeteers might be Kathy Watson. The audio and visual for this video are good.
Topics: Denton Public Library, Emily Fowler Library, puppets, puppeteers, children's programming, Kathy...

This two-minute film clip was shot by Sandy Shepard while in his father, Harwell V. Shepard's Cessna 310-C. The film starts at the Denton airport with a quick view of the plane which then takes off heading south on the runway in which you see a long-view of Pilot Knob, the highest elevation in Denton County. The next shot are several scenes from in the air followed by the their landing at Mathis Field in San Angelo. Numerous hangers can be seen, along with a very large Cessna sign.
Topics: airports, airplanes, 1960, Denton, Texas, San Angelo, Texas, Mathis Field, Sandy Shepard, Harwell...

Map of the Windsor Park Addition to the City of Denton
Topics: Denton, TX, Maps

This oral history was done sometime (we think) in the mid1970s. There is no introduction at the beginning of the interview and it sounds as though the two people: the interviewer, Richard Wiggs for the Denton Public Library and Alma Lain Chambers are sifting through a box of photographs which prompts the beginning conversation of early Denton County history. Nancy Alma Lain was born in 1890 to George and Louvenia Lain, and died in 1982. She was a noted historian and helped write several...
Topics: Nancy, Alma Lain, Alma Lain Chambers, Richard Wiggs, Denton County history, Denton Public Library,...

DESCRIPTION
Photographs, oral history interviews, library videos, old newspapers and other oddities that help describe some of the items that belong to the Special Collections Department. The collection may be accessed in person at the Special Collections Department of the Emily Fowler Library located at 502 Oakland Street in Denton, Texas.
Please refer suggestions for edits to genealogy@cityofdenton.com.