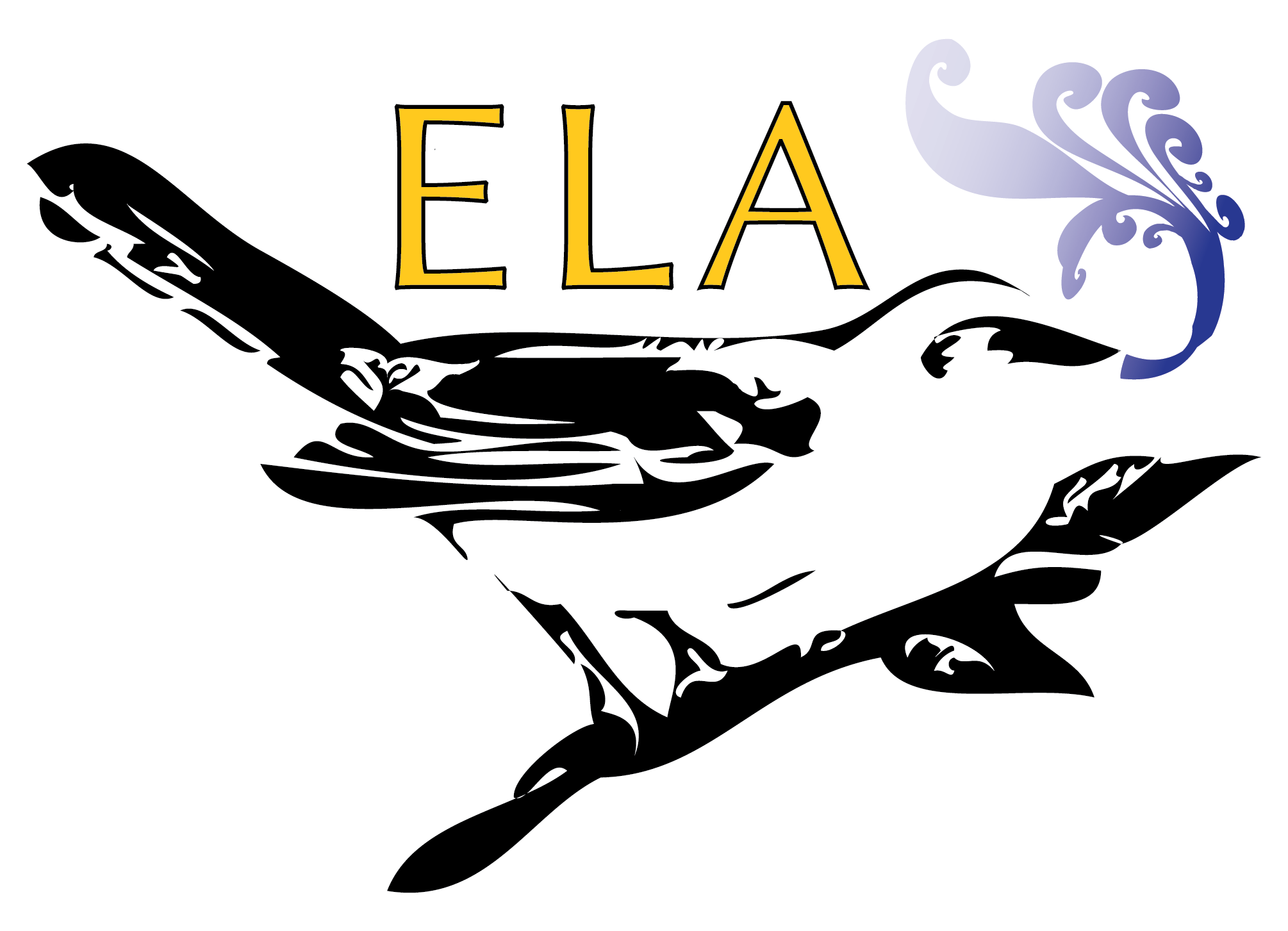 The Endangered Language Alliance (www.elalliance.org) is a non-profit dedicated to documenting and supporting linguistic diversity and endangered languages in New York City and beyond. ELA's archive contains a wide range of unique materials (video, audio, transcriptions, translations, lexical data, and fieldwork sessions) with speakers of minority, endangered, and Indigenous languages.

For Yeshi Jigme Gangne, a Tibetan working at Google in New York, Googling in Tibetan is not just about convenience. It's about the survival of a language and culture of global importance. This is the story of how a young man from small-town eastern Tibet went into exile in India, worked his way up through the Tibetan education system in exile, and then came to America. In Tibetan with English subtitles. Part of ELA's Voices of the Himalaya project: http://elalliance.org/languages/himalaya/

Jumahon Matrobov, a Wakhi speaker originally from Darshay in the Pamir region of Tajikistan, tells the well-known story about the elusive golden saddle of King Iskander [known in the West as Alexander the Great]. In Wakhi with Wakhi and English subtitles. Produced by Nicole Galpern, Husniya Khujamyorova, and Ross Perlin.

Jamila Bibi, a Wakhi speaker from the Gojal Valley in the Hunza District of northern Pakistan, tells the story of her family and her language. In Wakhi with Wakhi and English subtitles, transcribed and translated by Husniya Khujamyorova.

Chanted songs in the Sama language accompanied by gabbang (bamboo xylophone). Performed by Taallao Manandao from Tawi-tawi, Sulu, Southern Philippines.  File 1009 is an explanation in Tagalog of the content of the song in file 1008. Recordings made by Daniel Kaufman on January 20, 2006 during the 6th International Conference of Austronesian Linguistics at Puerta Princesa, Palawan, Philippines.  Taallao Manandao was brought to the conference by Prof. Nicole Revel with the help of Talib Lim...
Topics: Sama, tawi-tawi, gabbang

Young Wakhi speaker Jumagul Davlatyor re-tells a classic story from the book "Wuç Dijor Gandʒ" edited by Saodatsho K. Matrobov, of how King Iskander [known in the West as Alexander the Great] sought an elusive golden saddle. In Wakhi with Wakhi and English subtitles by Husniya Khujamyorova.

Audio segments from a joint elicitation session with a speaker of Adyghe and a speaker of Kabardian in New York. Endangered Language Alliance, New York, New York.
Topics: adyghe, kabardian

Audio segments from a joint elicitation session with a speaker of Adyghe and a speaker of Kabardian in New York. Endangered Language Alliance, New York, New York.
Topics: adyghe, kabaridan

A mixed Tajik-Wakhi a cappella song [ruboi] -- in this case, a song of mourning -- recorded in Vrang [in the Pamir mountains of Tajikistan], by Husniya Khujamyorova. With Wakhi subtitles and English translations.

Ulap Leki is a star singer, performer, and comedian in his native Bhutan, where he was the winner of Druk Superstar, Bhutan's answer to "American Idol". Today he lives in Queens, New York, where he tried starting a language and culture school for Bhutanese children and most recently opened a store. And watch Ulap's talents on display here! https://youtu.be/LyBgQsaCa7Y In Dzongkha, the national language of Bhutan, with English subtitles.

Safida Begum, a Wakhi speaker originally from Gulmit, Pakistan and now living in New York, sings a song of love by the Wakhi poet Nazir Ahmed Bulbul -- and [from around 2:30] discusses what Bulbul's work as a contemporary Wakhi musician and poet means to her. In Wakhi with subtitles in Wakhi and English by Husniya Khujamyorova.

A group of women from Vrang, in the Pamir region of Tajikistan, explain traditional items of Wakhi clothing, some rarely seen today or only worn during weddings, and describe the process of making them. Interest in traditional clothing is growing, they report, and they are trying to carry on and revive the old methods of making it as well. In Wakhi with Wakhi and English subtitles. Produced by Husniya Khujamyorova, Nicole Galpern, and Ross Perlin.

Arig Gyurmey -- from near the beautiful lake Tso Ngonpo in Tibet's historic Amdo province, at the far nothern edge of the Tibetan-speaking world -- is a recent arrival in America. But he is a Renaissance man in Tibetan New York: working as a bar-back and a cook at Whole Foods, running the matchmaking website Changsa [all in Tibetan], and planning other ways to strengthen his language and culture. In Amdo Tibetan with English subtitles by Yeshi Jigme Gangne. Part of the Voices of the Himalayas...

Milana Rajabekova, a Wakhi speaker living in Moscow, sings a song about her vatan, or homeland, to demonstrate how Wakhi speakers in diaspora still value and preserve their language and culture. Interviewed by Islom Mirzoev. Directed by Kaikhisrav Mavlonqulov. Translated by Husniya Khujamyorova.

Ganjina Qurbonbekova, a Shughni speaker from Khorog in the Pamir region of Tajikistan, sings the Shughni lullaby made famous by singer Nargis Bandishoeva. Part of the Lullabies of New York Project, supported by the Brooklyn Arts Council. In Shughni with Shughni and English subtitles by Husniya Khujamyorova. Recorded at the Endangered Language Alliance in New York on November 10, 2017.

Aindriú Ó Ciardha, originally from Ohio but a long-time resident of Connecticut, talks about about his love of the Irish language, his attempts to fill the relative lack of Irish-language science fiction, and his hopes for the future.

Jamyang Singi Gurung, originally from Putak in Lower Mustang and now living in New York, talks about the mass migration from his home area to New York, the pursuit of money at the expense of eduation, and the profound challenges faced by speakers of Mustangi in the world today. In the Baragaon variety of Mustangi, with English subtitles by Tenzin Namdol.

Wakhi speaker Asalbegim Mamadalibekova discusses the lullaby she sang and its significance for Wakhis. In Wakhi with Wakhi and English subtitles. Produced by Nicole Galpern, Husniya Davlatyor, and Ross Perlin.

In this video, "An Irish-Speaking Actor in New York", Dónall Ó Héalaí, an Irish actor and Irish speaker in New York, talks about using his language as an actor and in daily life, periodic returns to Ireland, and working with the Irish Arts Center in New York.

Niyozmo Basidijova, a Rushani singer from the Pamir region of Tajikistan, sings a special kind of lalajik, or lullaby, only known among the Rushani -- a funeral lullaby for one who has passed. In Rushani with Rushani and English subtitles. Produced by Husniya Khujamyorova, Nicole Galpern, and Ross Perlin.

Pasang Dolkar briefly describes the lives of Tetang villagers as still fundamentally linked to hard work and agricultural cycles, without other significant sources of income. The hope with the lama guru festival is to ensure better weather for the fields. This work has been made possible in part by the National Endowment for the Humanities.

At home in Brooklyn, thousands of miles from the Hunza Valley of northern Pakistan, Amina Bibi passes on the Wakhi language to her 1-year-old son Alhan - through lullabies. In Wakhi with Wakhi and English subtitles. Translation by Husniya Khujamyorova. Camera and editing by Cameddu Biancarelli. Part of the Lullabies of New York Project, supported by the Brooklyn Arts Council.

Northern Zaza speaker Ali Daimi Boz tells a folk story about the Shahmaran, a mythical creature who is half snake, half human.

Wakhi speaker Manizha gives a brief greeting in and statement about the Wakhi language for her fellow speakers. Recorded by Nazir Abbas for ELA in Khorog, Pamir, Tajikistan. With subtitles in Wakhi and English by Husniya Khujamyorova.

Wakhi speaker Shakir Ahmed -- originally from the Gojal Valley in northern Pakistan, now living in Istanbul -- tells the story of his international life between several countries and his thoughts about the future of the Wakhi language. In Wakhi with Wakhi and English subtitles by Husniya Khujamyorova.

Among the materials are oral histories, historical narratives, songs, folktales, and a variety of other linguistic materials foregrounding the linguistic and cultural contributions of communities that are underrepresented linguistically, culturally, politically, and otherwise. Many recordings were made in New York over the past decade, reflecting the linguistic life of one of the world’s most diverse cities, while others came out of fieldwork by ELA staff or partners in communities in Belize, Mexico, Nepal, Tajikistan, Turkey, Indonesia, and numerous other sites around the world.

The aim is to make them maximally accessible and useful both to community members themselves and to a wider public for all non-commerical sharing and reuse. Explore unique recipes in the Indigenous Mixtec language of Mexico, arumahani a cappella songs by traditional masters from the transnational Garifuna community, oral histories from the Himalayan diaspora in Queens, folktales from storytellers in the Pamir mountains of Tajikistan, narratives of cultural survival from the Tsou people of Taiwan, and much more.
ACTIVITY