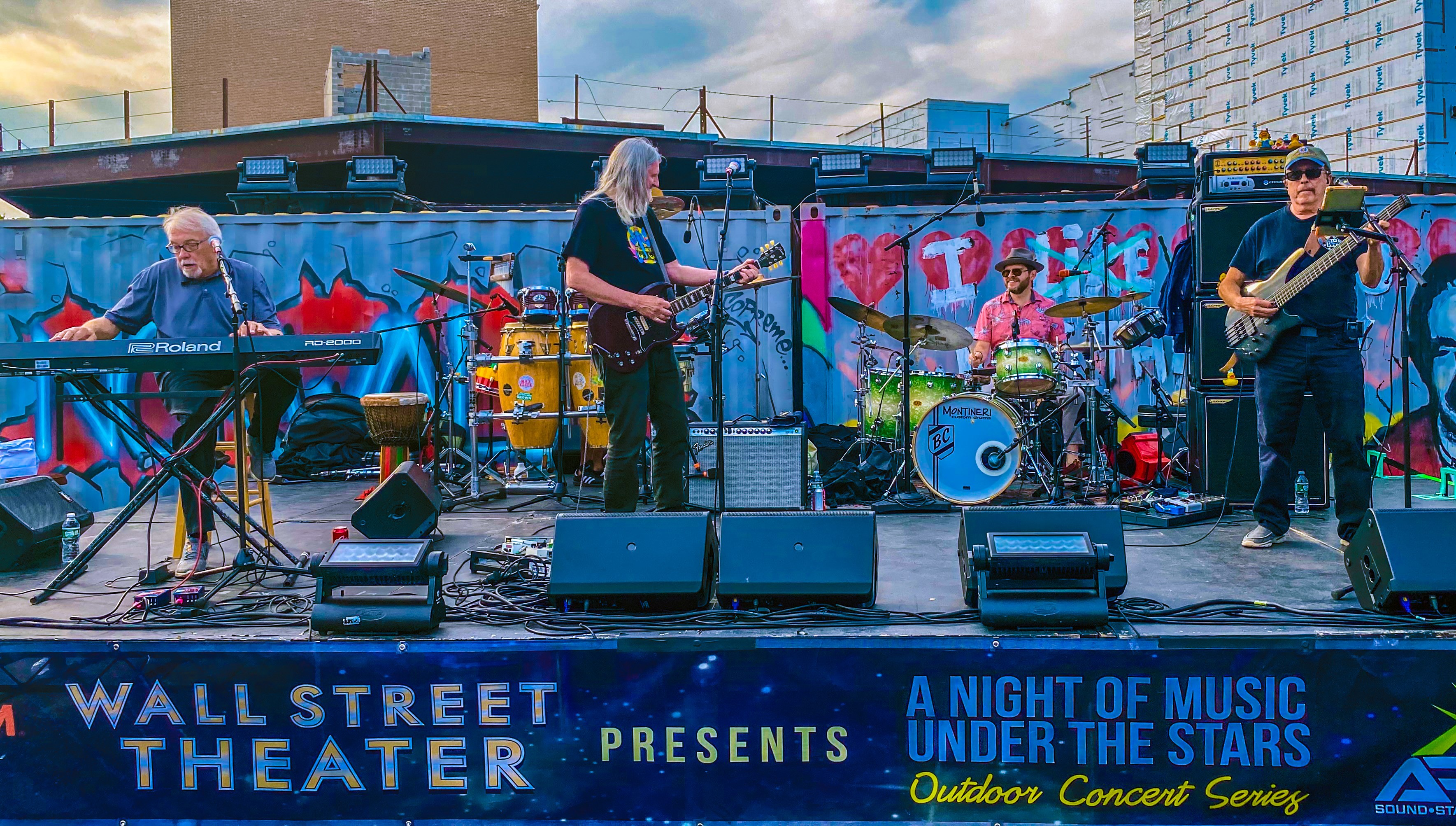 Taped And Transferred by Koolesza

Max Creek was formed in 1972 as quartet with, believe it or not, an accordion player, and went to a trio almost immediately - guitar-Dave Reed, fellow Hartt School student bass-John Rider, and drummer Bob Gosselin. Their first big show was at Arlo Guthrie’s Mapleview Ballroom in Washington, MA (later to become “Woody’s”) and they settled into a steady series of shows at the“Rocking Horse” in Hartford at a time when the social consciousness scene was taking hold pretty much everywhere, and Woodstock was fresh in everyone’s minds. They latched on to that idea, and stylistically adopted the Country/Folk/Rock genre as their own, both from a cover tune aspect as well as within their original tunes. They also discovered almost immediately that “jamming”taking tunes into unplanned directions, was more fun than doing them the same way every night. A 15 year old trumpet student of Dave’s, Scott Murawski, who was also a guitar whiz, was asked to join, and lasted a few months, when he was kicked out of the Rocking Horse for drinking a beer onstage while underage. They went on as a trio, and over the following Christmas break Dave became ill with appendicitis. Coming from a family of Christian Scientists, he could not go to the hospital until it had burst and it was almost too late. To play an upcoming series of shows, John asked former roommate at Hartt (the first person he met at school) keyboardist Mark Mercier, on Christmas break at home in Maine with his family, to fill in. He came back early, and after a couple of very intense rehearsals, played the shows. Dave recovered, Mark stayed on, and shortly thereafter Scott rejoined (his age was never discussed with the club owners). Dave then left to pursue a solo career, and the basic band as it is known today was formed. They discovered female singer Amy Fazzano as a waitress in Hartford (she was singing while cleaning the bathrooms after a gig), and later asked percussionist Rob Fried to join as well. The band toured extensively, playing as many as 200 shows a year and were known to play to as many as 1300 fans every week at two venues- the Living Room and Lupo’s-in Providence. When Max Creek went on tour, Phish would occasionally fill in at the Living Room until their return. On a couple of their forays down to Georgia they co-billed with, and were taught about the secrets of Jagermeister by, Widespread Panic.
In 1992, Scott, having recently been married and starting a family, decided to take a step back from touring, and the rest of the band did likewise. As time went on, the playing schedule picked up, and the band decided that 2 week long trips to places like the West Coast and Colorado were better than a steady regimen of touring. Bob left and was replaced by Boston drummer Greg DeGuglielmo, who was replaced by CT drummer Greg Vasso and subsequently by CT Scott Allshouse, who, incidentally, was not born at the band’s inception. Amy left to get married, and Rob Fried, on hiatus from the Band, sadly passed away in 2007.

ALL TICKETS PURCHASED ARE TWO PERSON "PODS". BEVERAGES AND FOOD FOR SALE ON SITE, NO BYOB.

How do I get to the concert/ where should I park?
We suggest parking in the Yankee Doodle Parking Garage located - 3 Burnell Blvd, Norwalk, CT 06850. Then walk 5 mins to the ArtPark located behind the Wall Street Theater at - 23 Isaacs St, Norwalk, CT 06850.