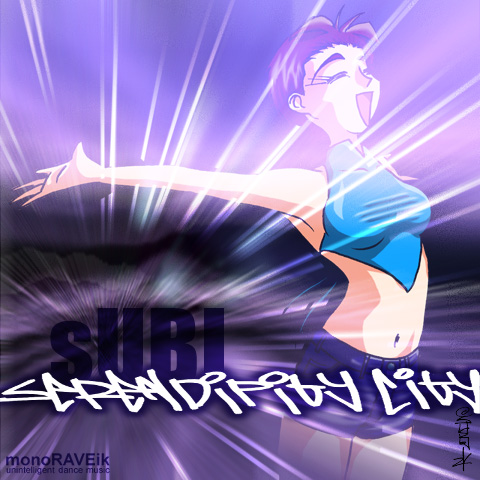 That irrepressibly, uhh, irrepressible Subi returns with a new release on his very own monoRAVEik sublabel, and this time it's a 21st century remake of an almost decade-old track of his, "Serendipity City".
Whilst the original stayed very .MOD-ish and staccato, this remix smooths out to funky oldskoolinflected drum-roll breaks and an almost progressive breakbeat feel. Could it be that, finally, Subi is coming back in fashion? This track wouldn't feel out of place in a nu-skool breaks or trance set.
But let's put that unlikely idea at the back of our mind, and concentrate on bobbing ones head along to the snare-rush heaven created, albeit temporarily, in our headphones.
(And, yes, someone other than Subi is planned to release on monoRAVEik soon.. crazy tho it may seem.)