Transient - Over the River and Through the Woods - [one016] 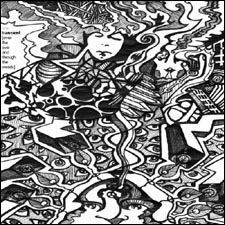 Transient - Over the River and Through the Woods - [one016]

Transient has developed his own niche blend of downtempo mixed with, well, everything else. Often sample heavy, he skitters around in time conjuring images of worn vhs home videos, dark rooms and smoke filled lounges -- yet managing to salvage a modern and personalized sound by refusing to surrender to the confines of the retrospective..

Each song is a unique experience, but the release remains coherent as a whole. Most likely this is through the use of scattered vocals on songs like "look" and "my last goodbye" -- a welcome addition that seems to provide the motif for the rest of the record. A theme that sits well with the dirty breaks, jazz, ambience and even theatric moments that also appear throughout.

Album
Over the River and Through the Woods

Reviewer: Electronic Music Lab SG - favoritefavoritefavoritefavorite - August 19, 2006
Subject: Reviewed on Gratisvibes.com
Transient represented a rare find for me. It's just one of those albums that represented that new sound that you've never heard before until you pressed play. I don't always like jazz because it doesn't repeat too much. Transient's jazzy style has just enough repeating elements to be palatable to me. The first four tracks of the album are great. The middle few tracks get slightly more experimental before settling onto an idm-ish ambient sound starting with macrame.

That's not to say that the experimental tracks are not good, it's just that it isn't for everyone. It can be said that the later tracks are not as fleshed out as the earlier tracks. What this means is that you won't like it on the first listen like the first 4 tracks.

Favourite tracks:
Electronic data
The voice samples and effects on this album are very nice. Warm atmospherics are coupled with jazzy guitars and piano to create a great tune for chilling out to. And, when you least expect it, it throws in one of those samples of a group of people singing some sort of anthem. Consider that a bonus!

Basks
Acapella style vocoder time. Basically, transients just 'de's out the melody and vocoders it. A great of use of the vocoder.

Railroad flying machine
Real strong driving bass rhythms featuring a delayed sort of horn. The drum programming on this track is also wonderful. This is one of those unique tracks that is unlike any other and catches your attention instantly.

Everything dub
A dub track. I'm a big fan of new sounds. I sure haven't listened to dub anywhere before this.

My last goodbye
More great vocoder voicework. I have a nagging feeling I heard a similar commercial song like this somewhere before.

The last sentence in a review of this release by Don Byron [Jazz Online] concluded with: 'The problem is oversimplicity: the journey feels like a Buick cruising across Nebraska on cruise control rather than a BMW on the autobahn.' I think Mr. Byron missed the point - simplicity is not a weakness here. I'd rather take my time and cruise in the Buick across Nebraska and absorb the sights than speed down the autobahn in a BMW and only get a quick glance at what's around me.