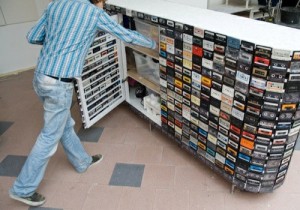 A large collection of performances spanning decades, recorded from various locations and approaches.

Hailey Magee is back for our monthly EBASS segment. We talk about some of the "old school" promoting methods like hitting shows, posting fliers, and general word of mouth, and if these still have a place where some people measure the attendance based on the Facebook event pages. Later, Nico Rivers and Emily Graham-Handley play some great tunes for us, and we learn about Nico's Live From Nowhere music series and his many, many shows. Corey Sawyer of Ignition Comics has a brand new...
Topics: Boston, music, film, entertainment, comedy, WEMF Radio, books, author

first show on second leg of this tour 11 July 2019 last show on the first leg was Cambridge, MA 24 June - I posted it. Thank You so much for your Musick! Playing and stage banter! Lou Jason/Jake  Bob
Topic: SEBADOH live montreal 2019

Author Justin Bell got his start writing a fiction series based on the G.I. Joe television and comic series. This was such a great success, he moved on to his own sci-fi series, Operation Harvest, which chronicles the work at GenTech and the bizarre science that comes from it. Hip-hop artist Alyssa Marie just released a new album, "Louder Than Words," and in between playing some of the sick beats, she talks about her dedication to her work, how it drives her, and where it all began....
Topics: Boston, music, film, entertainment, comedy, WEMF Radio, books, author

This was a mere three weeks after getting my microphones and DAT deck - so one of my first audience recordings. AUD > AKG C460B/CK61ULS > Tascam DA-P1 > DAT DAT > Tascam DA-P1 > RME Hammerfall 9652 > Sound Forge > CDR > FLAC     Set I Waiting for a Miracle (Bruce Cockburn) Next Time You See Me (Junior Parker) tuning On the Road Again (Memphis Jug Band / Traditional) Cortez the Killer (Neil Young) Got to Get Better in a Little While (Derek and The Dominoes) Sensitive...
Topic: Live concert

The second night of a benefit show to raise funds for a country wracked by bushfires and an incompetent/uninterested government (that we still have) - this was in the period when we were wearing masks to protect ourselves from smoke, then a glorious free period, and then the other  thing we had to wear masks to protect ourselves from...but I'm rambling. Anyway, this is a good recording from a crowded room of fans for local trio Camp Cope, who play emo-influenced indie rock that clearly...
Topics: camp cope, courtney barnett, bootleg, indie rock, flac

Green Day performing live on breakfast radio to a select audience, part of the Father of All Motherfuckers  promo cycle. Setlist: Welcome to Paradise [first performance of the FOAMF touring] Basket Case Father of All... Revolution Radio [first performance of the FOAMF touring] Brain Stew Bang Bang Minority 1 from Kerplunk! ; 2 from Dookie ; 3 from Father of All Motherfuckers ; 4 and 6 from Revolution Radio ; 5 from Insomniac ; 7 from Warning .
Topics: green day, punk rock, bootleg, video

A possible soundboard of a 45-minute Hüsker Dü set from 1985. Two short shows were played that night, this being the late one, and features nothing from before 1985 - three songs from the just-released Flip Your Wig  and four from the still coming Candy Apple Grey . Track listing: Flip Your Wig  Every Everything Makes No Sense at All The Girl Who Lives on Heaven Hill I Apologize If I Told You Folklore Don't Want to Know If You Are Lonely I Don't Know for Sure Terms of Psychic Warfare...
Topics: hüsker dü, alternative rock, bootleg, flac

John Mayer plays at the House of Blues in Chicago, IL.
Topic: johnmayerlive

Thank you to GreenDayCommunity for this upload. This is the first (known) time where Green Day performed Private Ale and One for the Razorbacks, both later released on Kerplunk.
Topics: green day, live, greendaycommunity, 1991, 924 gilman street