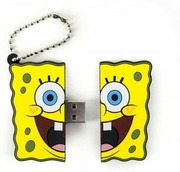 Toys, games and animations created in Flash for support of the Nickelodeon and Nick Jr. television channels.

When falling frogs glitch-up a driving game, it is up to Pixel to save the day!
Topics: nickelodeon, flash, game, cartoon, agent, pixel

Software Library Flash: Nickelodeon Flash
Are We There Yet? Road Trip Game
by Columbia Pictures
software

Flash advergame on Nick.com circa 2005.
Topics: flash, advergame, nickelodeon, are we there yet

A story about why Blue's name is Blue.
Topics: Blue's Clues, Flash

A simple coloring game where you fill in the pictures.
Topics: Blue's Clues, Flash

Which one doesn't belong with the other fruits and vegetables?
Topics: Blue's Clues, Windows 3.11

Periwinkle's Disappearo was a Flash game from 2000 based on the Blue's Clues series TV show hosted on NickJr.com. First, Blue will put a Clue on a ticket, then Periwinkle will do her magic trick and then you will have to find the Yellow Car, then you will be asked to put 2 things together. What could Periwinkle want to do?
Topics: Blue's Clues, Flash

There are 5 different-sized popsicle sticks on the table. Your job is to help complete each popsicle stick creation. To do this, drag the correct length stick to the correct place in the creation. There will always be two pieces missing. Once you finish the creation correctly, Blue does her dance and you advance to the next creation. The purple picture frame on the left provides a helpful picture of what it is you are building. NOTE: There are 8 popsicle stick creations to complete: an...
Topics: Windows 3.x, Blue's Clues

When the game begins, you'll see Tickety Tock in the middle of the screen with three objects to her right. One of these objects belongs on Tickety. Choose which object is Tickety's missing piece, and drag it to its correct spot on her face. When you make the right choice, Blue smiles and everyone cheers. After you replace one missing piece, you'll be asked to do the same with two more pieces. When all of Tickety Tock's pieces have been put back in the right place, Blue does her "Happy Paw...
Topics: Windows 3.x, Blue's Clues

A story where a box is dropped off and everyone wants to know what is in the box, and use their imaginations.
Topics: Blue's Clues, Flash

What do you think Blue's baby brother will look like? Make one in this game.
Topics: Blue's Room, Flash

Planes, dump trucks, boats and waverunners are all things that go, go, go! Get ready to roll and click on a color.
Topics: Flash, Nick Jr.

This game shows pictures of animals, use the colors to fill in the shapes.
Topics: Flash, Nick Jr.

It's time to color in the animals! A dolphin, puppy, rooster and yes, even a squirrel--need color!
Topics: Flash, Nick Jr.

Do you want to be an astronaut? A musician? A cowgirl? Color in each image to get a closer look at a few outstanding occupations!
Topics: Flash, Nick Jr.

(note that the game works, but the music does not stop when its supposed to) A Go Diego Go flash platforming game where you find all the animals and make it to the animal rescue center.
Topics: Flash, Go Diego Go

Just move your mouse around, and you can click that Nick logo too.
Topics: Nickelodeon, Clickamajigs, Flash

Dora  and Boots must line up the five turtles so they can cross  crocodile lake  safely.
Topics: Flash, Dora

A Dora game where you simply find Boots the Monkey, this was made when the show was new.
Topics: Flash, Dora the Explorer

Swiper has swiped poor Boots'  floatie . Help him  find  it again so he can go swimming at the beach with  Dora .
favorite ( 1 reviews )
Topics: Dora the Explorer, Flash

A Dora game when the show was BRAND NEW. You simply click on a picture, Dora says the word in English and Tico says it in Spanish.
Topics: Flash, Dora

This is the exact same Say it Two Ways game as the US version, but with a different Nick Jr. Logo.
Topics: Flash, Dora

One of the prizes in Dora's Carnival Adventure 2.
Topics: Dora the Explorer, Aquarium, Flash

This is the screensaver that you get on Dora's Carnival Adventure if you get ALOT of tickets, you could either spend hours to get that, or just exploit and dig this out of the files.
Topics: Flash, Dora

A Dora flash storybook about a Mean Witch who hates parties.
Topics: Dora the Explorer, Flash

A Dora Flash game where you play bingo.
Topics: Dora the Explorer, Flash

(note: the problem involving waiting times after completing a hole is fixed, but the ball problem is worse now because its teleporting, hopefully an update will fix this) A Dora flash Mini-Golf game.
Topics: Dora the Explorer, Flash

This is Say It Two Ways Dora game, but in the German dub.
Topics: Flash, Dora

Pick up the drumstick and play with your food!
Topics: Nickelodeon, Clickamajigs, Flash

Press the arrow buttons to scroll through the galleries, click the artwork to view them.
Topics: Nickelodeon, Clickamajigs, Flash

A Franklin flash game where you have him dance in different ways to music.
Topics: Flash, Franklin

He spins and he moves his head, arms, and legs. He's a. . . dancing turtle? Exactly! Help Franklin groove to the beat.
Topics: Flash, Franklin, Nick Jr.

roll over the frogs to hear them sing
Topics: Flash, Nick Jr.

Mel built a new music machine, but instead of music, animals are coming out of it! Help Jack catch the right animals in his drum for a big animal jamboree.
Topics: Flash, Jack's Big Music Show, Noggin, Nick Jr.

Nick.com game circa 2001, based on one of the shorts made to promote the movie.
Topics: jimmy neutron, nickelodeon, flash, game

Little Bear's not used to wearing clothes, so he needs your help picking out just the right things. Click on a piece of clothing you like, then drag it onto Little Bear or Duck to dress them up. Ta-da! It's a whole new look for Little Bear!
Topics: Little Bear, Shockwave

Down, across, or diagonal, match three Aprils in a row versus Little Bill, and that's Tic-Tac-Toe.
Topics: Flash, Little Bill, Nick Jr.

This Is The Story About A Grumpy Bug.
Topic: Nick Jr.

DESCRIPTION
Toys, games and animations created in Flash for support of the Nickelodeon and Nick Jr. television channels.
ACTIVITY